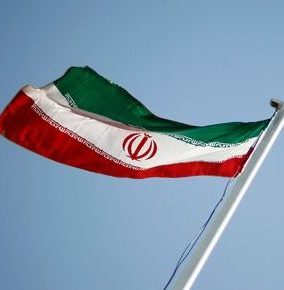 The world is changing. Trudeau stays the course.

The federal budget presented last week by Finance Minister Chrystia Freeland is ambitious in its spending and scope. But from a defence perspective, it is as if the last few years never happened.

The budget does not propose anything to address the growing great power rivalry and the marked shift in posture of many of Canada’s allies, including the United States, regarding Asia. It is, instead, a continuation of Canada’s 2017 Strong, Secure, Engaged (SSE) defence policy. Prime Minister Justin Trudeau’s government has stayed the course, choosing limited additional defence investments that are unlikely to make waves in the next election campaign, as the Liberal team wants to focus on domestic policy issues.

America’s strategic reorientation towards the Asia-Pacific has accelerated since President Joe Biden took office. The President is calling on America’s allies to reinforce this rebalancing in the face of China’s growing power. Canada, because of its membership in NORAD, NATO and the so-called Five Eyes intelligence-sharing alliance, and because of its strategic geographic location, faces American pressure to support this shift with words and resources, as have America’s other allies. The 2021 budget doesn’t do so.

The budget does allocate $163.4 million in funding over five years for NORAD modernization, with $111.1 million in remaining amortization. It also allocates $88.8 million over five years, with $48.7 million in remaining amortization and $0.6 million per year thereafter, to support existing continental and Arctic defence capability. While certainly a good start, this funding will not be sufficient to modernize NORAD’s North Warning System, which some experts consider obsolete. To be sure, the Trudeau government is waiting for the United States to specify its requests for the modernization of NORAD. Without an updated defence policy, the Trudeau government seems unable at this stage to measure Canada’s territorial defence needs on its own.

The budget also confirms that the government will extend a controversial measure to punish companies bidding on military contracts that have “harmed Canada’s economic interests.” The measure was first introduced in December 2017 after Boeing filed a complaint against Bombardier. While it only applied to the $19 billion competition for new fighter jets, the government is proposing to extend it to all major military contracts. Some see this as an indication that the Trudeau government is laying the groundwork to announce the selection of Lockheed-Martin’s F-35 as Canada’s next fighter next year, rather than Boeing’s Super Hornet or Saab’s Gripen.

With respect to NATO, the 2021 budget allocates $541.2 million over five years to the Department of National Defence for the maintenance of six fighters and an additional frigate under the NATO Readiness Initiative. The budget also proposes providing the Department of National Defence with up to $305.9 million over five years to cover increased Canadian contributions to NATO’s common budget and military activities. This could include Operation Reassurance in Central and Eastern Europe, as part of NATO’s deterrence of Russia, as well as Operation Impact in Iraq, where NATO will partially take over the U.S.-led coalition against the so-called Islamic State, also known as Daesh.

Despite this additional funding, Canada will not meet the two per cent of GDP target for defence spending set by NATO and hammered home by former U.S. president Donald Trump. Ottawa also does not appear to be planning additional investments to renew Canada’s fleet of submarines, which is approaching 50 years of age, or to move ahead with purchasing proposed new warships for the Royal Canadian Navy — which now comes with an estimated price tag of $77 billion, more than five times that initial estimate of $14 billion, according to the latest report from the Parliamentary Budget Officer.

The federal budget, in summary, is safe, verging on timid when it comes to defence. Unlike Australia and the United Kingdom, which have increased their planned budgets and prioritized the Asia-Pacific region in their most recent defence policies, Canada continues to prioritize Europe and the Middle East (through NATO) and North America (through NORAD). When one considers that Canadian public opinion is increasingly supportive of higher military spending, this budget represents a missed opportunity to inject more money into defence in response to the changing international environment since the country’s last defence policy was unveiled in 2017.

This budget was an opportunity to demonstrate support for the United States and its changing posture in Asia, and to articulate a vision for how Canada might address the growing tensions between the United States, China and Russia. Instead, and in keeping with its pattern, Justin Trudeau’s government has chosen to focus on issues that fall under provincial jurisdiction — childcare, care for the elderly and mental health, for example — and to avoid confronting the serious challenges Canada faces in the world. With no foreign policy statement, no Asia-Pacific strategy, no chapter on the defence of North America in an era of heightened great power rivalry, this postponement is part of an unfortunate pattern of procrastination.

Journalism in Canada has suffered a devastating decline over the last two decades. Dozens of newspapers and outlets have shuttered. Remaining newsrooms are smaller. Nowhere is this erosion more acute than in the coverage of foreign policy and international news. It’s expensive, and Canadians, oceans away from most international upheavals, pay the outside world comparatively little attention.

At Open Canada, we believe this must change. If anything, the pandemic has taught us we can’t afford to ignore the changing world. What’s more, we believe, most Canadians don’t want to. Many of us, after all, come from somewhere else and have connections that reach around the world.

Our mission is to build a conversation that involves everyone — not just politicians, academics and policy makers. We need your help to do so. Your support helps us find stories and pay writers to tell them. It helps us grow that conversation. It helps us encourage more Canadians to play an active role in shaping our country’s place in the world.

An apology rooted in falsehood

Discovering my Canadian self in Singapore

The many states of Habib Zahori

What, exactly, does Canada want to achieve in the world?

COVID-19’s lessons for the climate movement